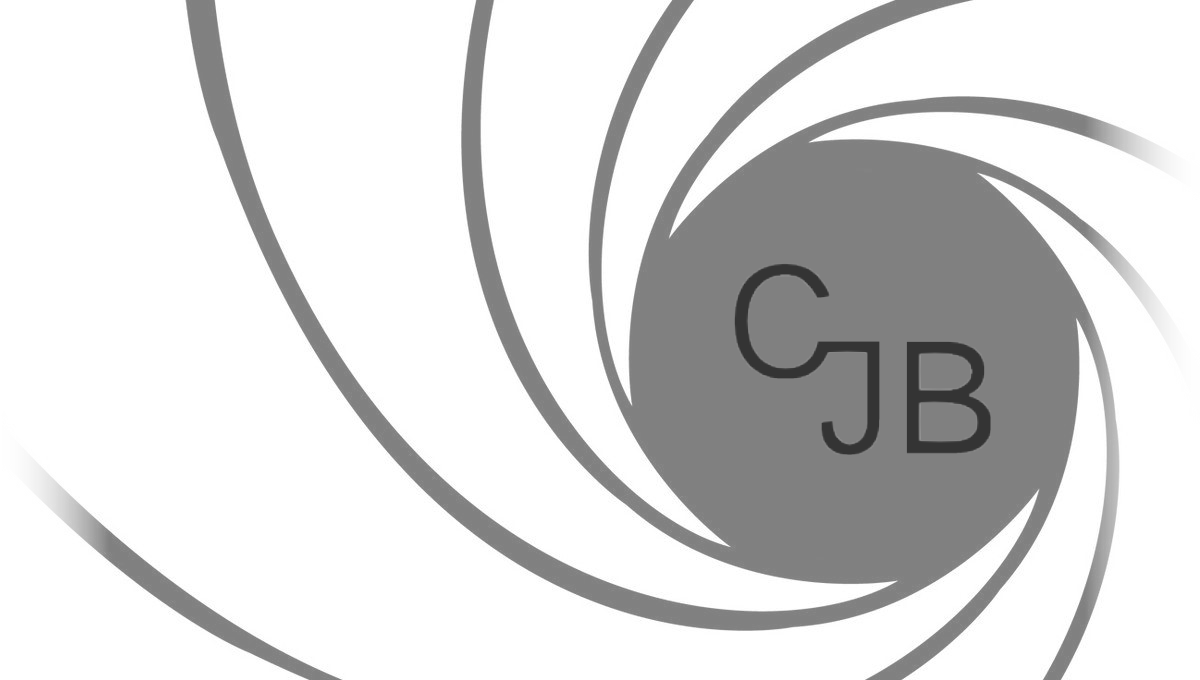 This is my first article in english, after a few years of french articles.
For those who are familiar with the films of Sam Mendes, maybe you’ve noticed some of the themes and techniques he uses in many of his films. Some of these typical elements of Mendes’ work can be found in Skyfall too.
Here is a review of some of them.

Stinging in the rain

In most movie, the weather stays sunny so that we can see the action. Rain and bad weather have mostly a narrative rôle to complicate the action of the heroes. In Mendes’ films, the rain is mostly used to set the tone and put emphasize on the characters and their evolution.
This weather technique is at the center of some of his films like “The Road to perdition” where all liquid elements are linked with rain. American Beauty and Jarhead (although with oil rain in this particular film) are also using the rain as a environment when the personality of the characters come to be revealed.
This is an efficient technique : if you think about it, it’s a way of restraining the environment in which the characters are evolving, isolating them and forcing them to get closer and share a kind of intimacy, in which some important things can be revealed. Jarhead also features the use of flames in the night that bring the characters in the shadows, isolating them as well as putting the emphasis on them.

Skyfall features such a use : first of all in the London Sequence. It rained already in QOS, but with no such significance. Here, the rainy weather isolate M from the rest of the secret services (remember when she turns after Bond is shot down, and when she writes the necrology). It is also when it is raining that M and 007 finally get reunited, and Bond confesses they “may have been in the game for too long”.
The end sequence is also pretty unusual for a Bond film. The first assault on the house is film in a grey twilight that makes the picture very dark, hence putting more emphasis on the silhouette of the opponents and on M/Bond/Kincade, than on the usual explosive landscape. As the house exposes, the all chase scene is shot only through the light of flames (as in Jarhead), featuring silhouette more than people running away and toward light in the dark. This process is quiet effective in shooting what I find to be one of the more serious and tensed ending fight of the franchise. And it is quiet typical of Mendes to shoot its final “reglement de compte” in a shadowy and rainy environment.

Each and everyone of Mendes’ film features a type of crazy character. Although not the main antagonists, these figures often compel the hero to go forward in its evolution and on his path. There are different kind of crazy characters, but each of them is a person living on the border of society. He seems completely crazy, but as the film goes along and the violence of the other characters explodes, you realize that the pyscho is maybe the most rational, lucid and clear-sighted about what’s going on.
Such Psycho are the character of Ricky Fitts, filming his neighbours in American Beauty, the serial killer obsessed by death and photography played by Jude Law in the road to perdition, the great Michael Shannon as borderline American in Revolutionnay Road and Maggy Gyllenhaal as crazy overprotecting mother in Away we go. Jarhead is some kind of an exception since all the soldiers are mentally unstable. But even in this movie, the one who’s at the border of the group (Troy who illegally enrolled in the army) is the character on the side who endures the pressure for the longer time and pushes the hero forward.


James Bond opponent are rarely sane of spirit. most of them are megalomaniac, ruthless and cruel. But if you think about it, most of them behave apparently normally, looking cold and dead calm. This is not the case of Silva who is obviously crazy, adopt an expressive attitude and claims his obsession for destruction and shadows. He’s like most of the Mendes’ psychos : living in the shadows but acting brightly : it gets quiet disturbing on the screen, and like in other Mendes’ films, it forces the hero (M and Bond) to go forward if they want to get on top of the situation, instead of trying to contain the evil.

The figure of the House and the quest for Home is THE central theme of Mendes’ film. This is no coincidence if Bond finds himself going back to its origins in Skyfall, to confront evil there.
In Mendes’s films or the actions is centred in the house (American Beauty/Revolutionary Road) providing an environment where the characters are imprisoned and try to break free), or it is set as the goal of the path followed by the hero (Jarhead/Away We go/ Road to Perdition). Usually the film concludes in these house, but this building is usually not the place for an happy end. Most of characters meet there death here, and most of the time, the place of ‘Home’ is only a stage in the process of going beyond, inviting the hero to go forward toward their future. This is how it ends in Away we go or Jarhead (when the soldier realizes that the place he’s searching is still in the desert).


Skyfall Lodge fits exactly in this scheme. M and Bond hope to be able to solve their problems there, but if the house provide them with shelters and weapon, it is also a place of danger where death has to be confronted to overcome the situation. Here, 007 even has to destroy it entirely to be able to survive, despite the hard stone walls.
Sam Mendes seems to enjoy and highlight this return to Home of 007, by taking his time and long shots of 007 and M contemplating the moors where he must finally come back.

These two elements are the main techniques around which Mendes works to shoots his movie. Some of his films (like Road to Perdition or Revolutionary Road) have their most important moments shoots through glass and reflections.
Windows and glass in Mendes’ films have a narrative role : it enables the characters to observe and try to understand each other from the distance without being seen. This is the central aspect of American Beauty for example (neighbours spying on each other), but also of Road to perdition (assassin’s being reflected through windows). But these windows are also a way to define the character and what’s going on inside his mind. It symbolizes the border that prevents the characters from escaping their home (Revolutionary Road), but also that keeps them away from their past (Jarhead) or family (Road to Perdition).
Gazing by the window is a way to define the personality of the character, his expectations and aspiration as well as his current position stuck in a situation he cannot escape).


These two functions (narrative and defining) are both present in Skyfall. You all have in mind this Grand scene in Shanghai where the reflections and transparency allow not one but 3 characters to look, observe, judge and plan to kill the other : Bond observes Patrice who observes Severine’s customer, and the the glass breaks, not only does death step in, but also the all observation revolve : Severine observing Bond. You will also find later in the article, that death is often present in the presence of windows in Mendes’ films.
The other defining function is also used discretely in the film : transparency is at the centre of the new MI6 HQ, wheread it’s suppose to be a closed secret place. You also have a lot of shots involving reflections that define the characters : Bond and M observing London through the window of the car or of the office, Bond looking at himself in the mirrors extracting clues and bullets from his body, Bond stepping in Severine’s shower, Silva’s jail, transparent yet imprisoning, and Silva’s mysterious determination shot through the reflections of the police car.
To finish with the window issue, we will also see Bond and M, gazing through the windows of Skyfall lodge toward a danger to come, and confessing their own failure or their trust to each other.

The hero shot from behind

As we are coming to the end, the denouement of the story is always shot from behind the characters : it allows us to see the character facing its destiny, as well as supply a distanciation effect from the spectator who leaves the hero to its fate.
Jarhead concludes with Swofford looking back on the war and the desert, Away we go concludes on a the hero looking at the sea / at their future while being protected by their final home. Road to perdition features the same ending, but the boy faces the sea alone with no support. As for revolutionary road, the film shows us Di Caprio in front of his dull father’s life.


What about Bond ? Twice is this technique used in Skyfall : the first one is the shot of Bond and M looking at Scotland, contemplating the place where all starts and all will end, and the second time in London, Bond watching the city / the country that his “misplaced sense of country” bring him to protect over and over again.
To finish with, you all have in mind the lethal end of Silva, who is “shot from behind” one last time. Well, this is not the first time in Mendes’s film. If you are not afraid of spoilers concerning Road to Perdition, Revolutionay Road and American Beauty, then click on the image below. (if you do, also remember what I wrote above about windows and reflections)

The serenity of the Hero

Let’s conclude this (too?) long article by dealing with the ending shots of the hero. If Mendes often reserves sad fates to his characters, he likes them and always give them a moment of serenity, stillness and happiness.
In these important shots, the Hero finally sees an element that makes him realize what he’s been looking for, or which answers its interrogations about who he is : a photo, a glimpse through the past (Jarhead), the vision of or a house… In these final moment, the person is at rest also what he reflect upon is different every time. Kevin Spacey understand what his life is based on in American Beauty, Jake Gyllenhaal (Swofford in Jarhead) thinks he has finally achieved his role of sniper while Tom Hanks thinks he has fulfilled his as a family man, the couple of Away we go finally get to see a peaceful future while Leonardo Dicapio realizes his own nonentity.


What about James ? Twice it happens : the first time in Scotland when he reflects on his roots life-story (“you know the all story”), the second time when, facing London, he understands that the death of M has not been in vein, and that she “did take care of one thing right” : he’s still at the service of its country.
What about you ? Is there some other Themes of the Mendes’ films you have seen ? What is your favorite ?

Translate the page with Google Translate :

Translate the page with Google Translate :